Here is some information about birding in San Pancho.

The convergence of migratory and resident species, many of them endemic to Western Mexico, makes the San Pancho Nayarit area a very special place for birding.
Having nearby birding trails with a variety of habitats, good restaurants and accommodations makes pretty much a birder’s paradise…
Join Luis for a birding tour and learn about the conservation efforts taking place in the region while you enjoy an amazing diversity of birdlife!!!

This is an article written about the Turtle Rescue project in San Pancho:

San Pancho beach is not just a beautiful place to spend an afternoon, it is also a critical nesting beach for the endangered Olive Ridley sea turtles. Seventy five years ago, during summer nights, old timers say that people could not even walk along the San Pancho beach at night without having to wind their way around all the turtles that came up to lay their eggs in the warm sand. That all changed in the late 1960s when commercial harvesting of sea turtles killed well over one million turtles annually.

Those turtles that did survive and came ashore to nest were slaughtered and/or had their eggs taken for food, and that combination very nearly wiped out the entire species in a geologic blink of an eye. In 1991 all species of sea turtles were declared endangered worldwide and the possession of any part of a turtle (eggs, shell, meat, leather) became illegal. A few dedicated people in San Pancho formed a turtle conservation project called Grupo Ecologico de la Costa Verde, and they started collecting the eggs and moving them to safe places on the beach where they could hatch undisturbed. Their work, plus the laws protecting the turtles, has slowly turned the tide on the imminent extinction of this amazing species. 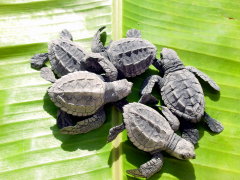 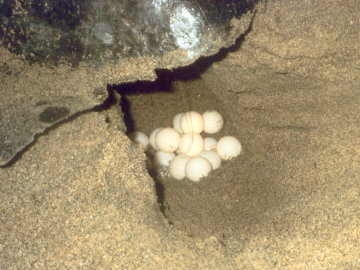 The first year Grupo Eco began its work was in 1991 and they collected 89 nests on San Pancho Beach.Twenty two years later, in 2013, on that same exact stretch of beach 1,186 nests were collected.The turtles still have a long way to go before their population fully recovers, but it is great to see the trend is moving in the right direction.
You can follow their work on the Facebook Page at SanPanchoTurtles https://www.facebook.com/pages/San-Pancho-Turtles/179273792083463 or check out our website www.project-tortuga.org

This site uses Akismet to reduce spam. Learn how your comment data is processed.